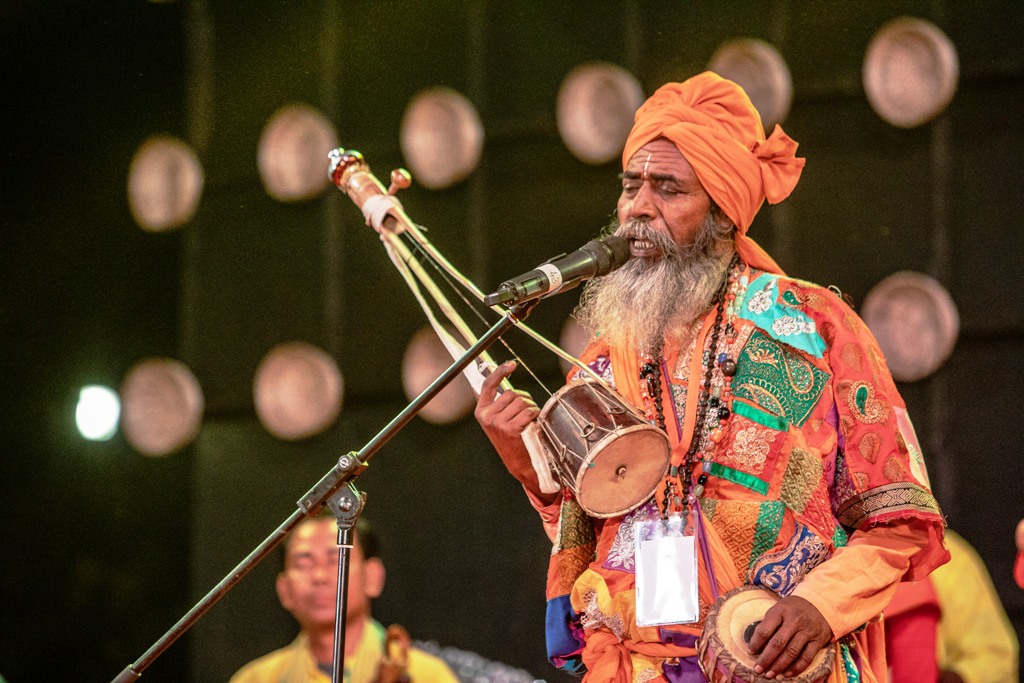 Shyamsundar Das Baul grew up in Murshidabad. As a child he was always interested in kirtan and Baul songs. He sang with his grandfather and father, who traveling minstrels. His father, Tarini Das, was his first teacher. As a child, his primary school headmaster encouraged him to join Jatra because he sang beautifully and was awarded. At the age of 8, he began his formal training at the ashram his father resided under the tutelage of Nitai Gosai disciples but was initiated as a Baul much later by Shri Shashanko Gosai, his guru. Purna Das Baul is a distant relative of the family. He has been performing for more than 30 years now and sings primarily Mahajani padas. An experienced performer, he has performed both locally and nationally. Shyamsundar Das Baul believes that to become a true Baul, one has to be completely dedicated to the art through honesty, learning and practice.