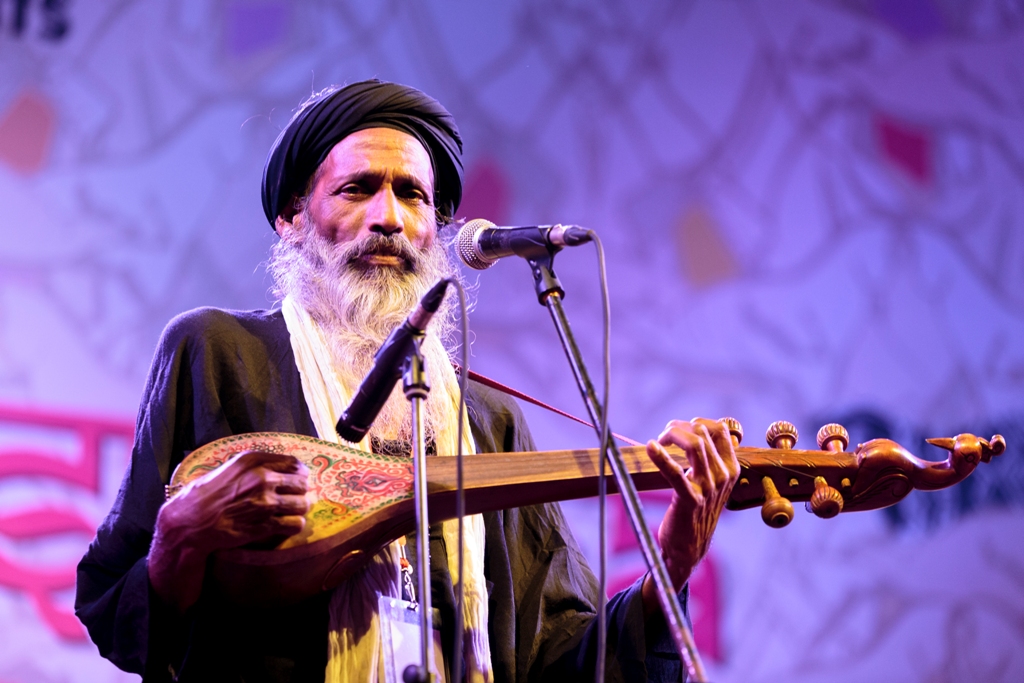 He is one of the best-known contemporary Baul singers in the world, adored for his melodious voice and a unique style of playing the Dotara. Golam Fakir has performed across continents, including England, Scotland, Denmark, Switzerland, France, Tunisia and China. He has also performed with Tanmoy Bose’s Taaltantra, rendered his voice and acted in Moner Manush, a Golden Peacock winner Bengali feature film by eminent director Gautam Ghosh. Golam’s songs are part of various albums, such as Gorbhangar Gaan, Gorbhangar Gaan II, Lokjan, Gaiche Baul Gaiche Fakiri, Lalon Fakir a compilation of selected songs of Lalan Fakir and Sahaj Manush. He has had rave reviews in Songlines, UK, and Khaleej Times, Dubai.