Rina Das is the Queen of Baul music in today's scenario, Shantiniketan based, and has performed in Bangladesh, France and Sweden. 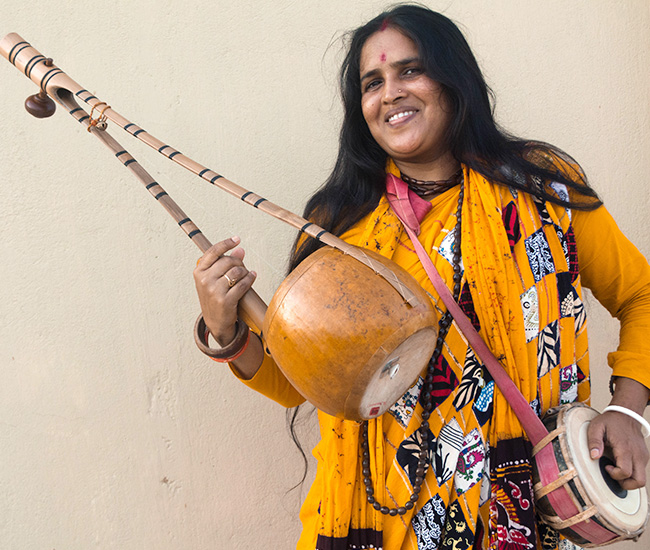 Baul music, known as ‘Soul of Bengal’ exists in West Bengal (an Indian state) and neighbouring country, Bangladesh, two lands divided by political borders but united by language & culture. Bauls disseminate love through their music, celebrates togetherness, diversity and pluralism and reject all sorts of divide. Baul music is much more than songs and lyrics, it’s a philosophy, a lifestyle. Baul has been inscribed on the UNESCO Representative List of the Intangible Cultural Heritage of Humanity in 2008 and is a shared Heritage between India and Bangladesh.

Baul music is about self-searching and Rina Das found her true calling in it. A resident of Paruldanga village near Bolpur (known for its red soil and Noble Laureate poet Rabindranath Tagore) Rina Das is a well-known Baul singer. Hailing from a family of musicians Rina grew up with music around. Rina says that rhythm and melody was an integral part of her existence from early childhood. She understood nothing but the language of music, she knew nothing but the notation of music. Rina’s inspiration was the ektara, a single stringed musical instrument. As a child she was amazed at how just a single stringed instrument could produce music that touched all the chords of one’s heart. She dreamed of being like an ektara someday, touching hearts with music.

Rina’s music or her interest music is highly influenced by her family as the musical tradition came down from her forefathers. She learned not only the lyrics and rhythms and musical instruments but the most important aspect of Baul music- the philosophy. She believes that knowing the philosophy behind the song has made her evolve as an artist, she can perform a song better when the words resonate with her. From an early age she got accustomed with the idea of Akhra, another important aspect of Baul music. Akhras are informal set-ups where Bauls come together to practice their music, share their knowledge. Being a regular at Akhras from an early age helped Rina to come in touch with many a great musicians and Gurus. She learned a lot from them and got an opportunity to perform and hone her skills at the same time. Listening to different Bauls, their ideas and music helped her broaden her horizon about musicand has been influential in her growing up years as an artist.

Rina Das is a renowned Baul today but her journey as a female Baul is an interesting one, an inspiration to many. Coming from a family of musicians helped her in understanding the musical nuances but one should not forget that she was trying to make a name for herself in a man’s world. She got little or no support when she wanted to pursue music or perform on stage. Rebukes and insults were something she got used to  as a woman performer in patriarchal society. But nothing could keep her away from music. Rina’s husband Dibakar Das who is also a musician himself supported her a lot in her journey to success.

Today Rina Das is a known face in Baul music. She has won prestigious awards from the government for her contribution to folk music, performed many a times on television and radio. Rina Das has travelled extensively within and beyond West Bengal and India. Rina has traveled extensively in India and abroad with her music. Within India, she has performed in Delhi, Mumbai, Chennai, Daman and Diu, Goa and Rajasthan. Outside India, she has performed in Urkult Festival in Sweden, Armor India Festival in France and Bangladesh.

The pandemic was a challenging time for Rina with no programme, festival and performance opportunity, but she did not lose hope. Rather she utilized the time to write and compose songs and encourage her fellow community members. She took a giant leap of faith by using the internet to reach out to her audience by learning the basics of social media and performing online. Rina said that changing times require change in perspective, “I cannot travel to perform but my music can reach millions with my online performances and I am ready to learn new things for that”. Rina wishes that through her music people may find the resilience required to endure thetimes difficulty and uncertainty.

Rina’s interview about her experience on the pandemic and the shift to digital published by Smithsonian Centre for Folklife & Cultural Heritage- https://folklife.si.edu/magazine/crisis-baul-west-bengal-oral-traditions?fbclid=IwAR0jMum75MgpwB8eWJMlrIHCo7Y_qqqHH5GGZCwTCKdVmHkn82Ji0_cTjrY

Clad in saffron, rustic voice, long hair, ghungoor tied around her feet, ektara in her hand anddugiby her side, performances by Rina are something which one shall remember long after a concert has ended

Rina believes that it is not enough to just learn music but imparting of that knowledge is equally important.  Today she teaches music to children at her Akhra. Rina Das is musician, performer, lyricist, composer, teacher, social changemaker and role model for many in her community.

Rina Das had performed in the Armor India festival held in Morlaix, Britanny, France, on and from the 4th till the 10th of May 2018. She was a part of the ensemble Folks of Bengal and was accompanied by Dibakar Das Baul, Sajib Sarkar in Dhol and Subhrakamal Chattopadhyay in Flute. She had mesmerized the audience with her wide range of singing and musical skills all throughout the 3 performances that Folks of Bengal presented in this festival.

Rina Das had participated in the Urkult Festival of Sweden on and from the 2nd till the 4th of August, 2017. Among Baul Fakiri musicians, she was accompanied by two artists – flautist Mohan Tanti and percussionist Khokan Das. This annual festival is organised by a non-profit organisation named Urkult Society in north of Sweden in Nasaker village. They performed in the festival on August 4th, in front of around 2000 international audience at Nasakar and exhibited their excellent artistry. Audience interacted with the singers after their performance to appreciate their singing styles and talk about the Baul philosophy. 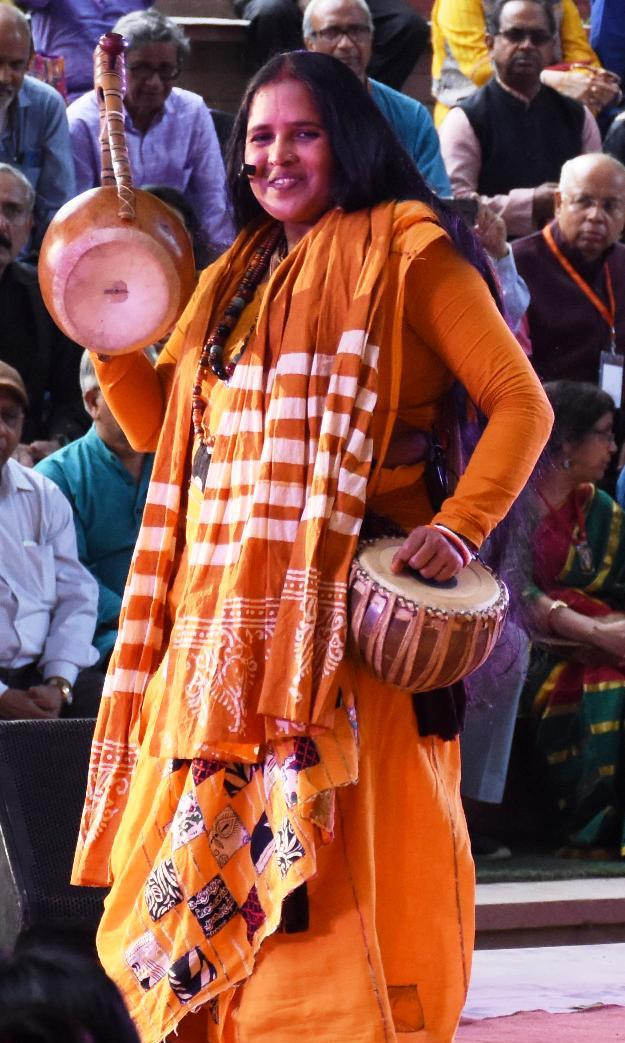 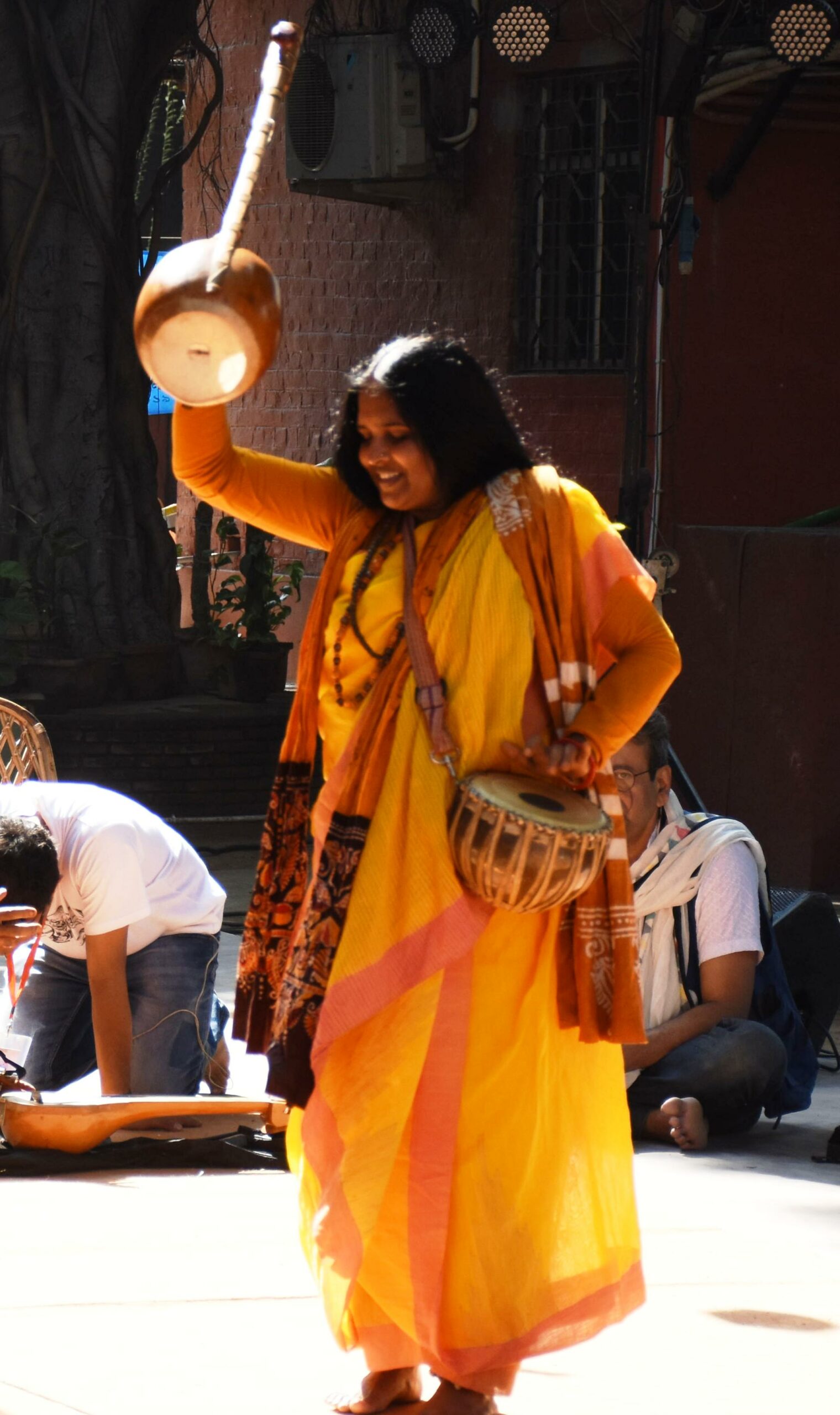 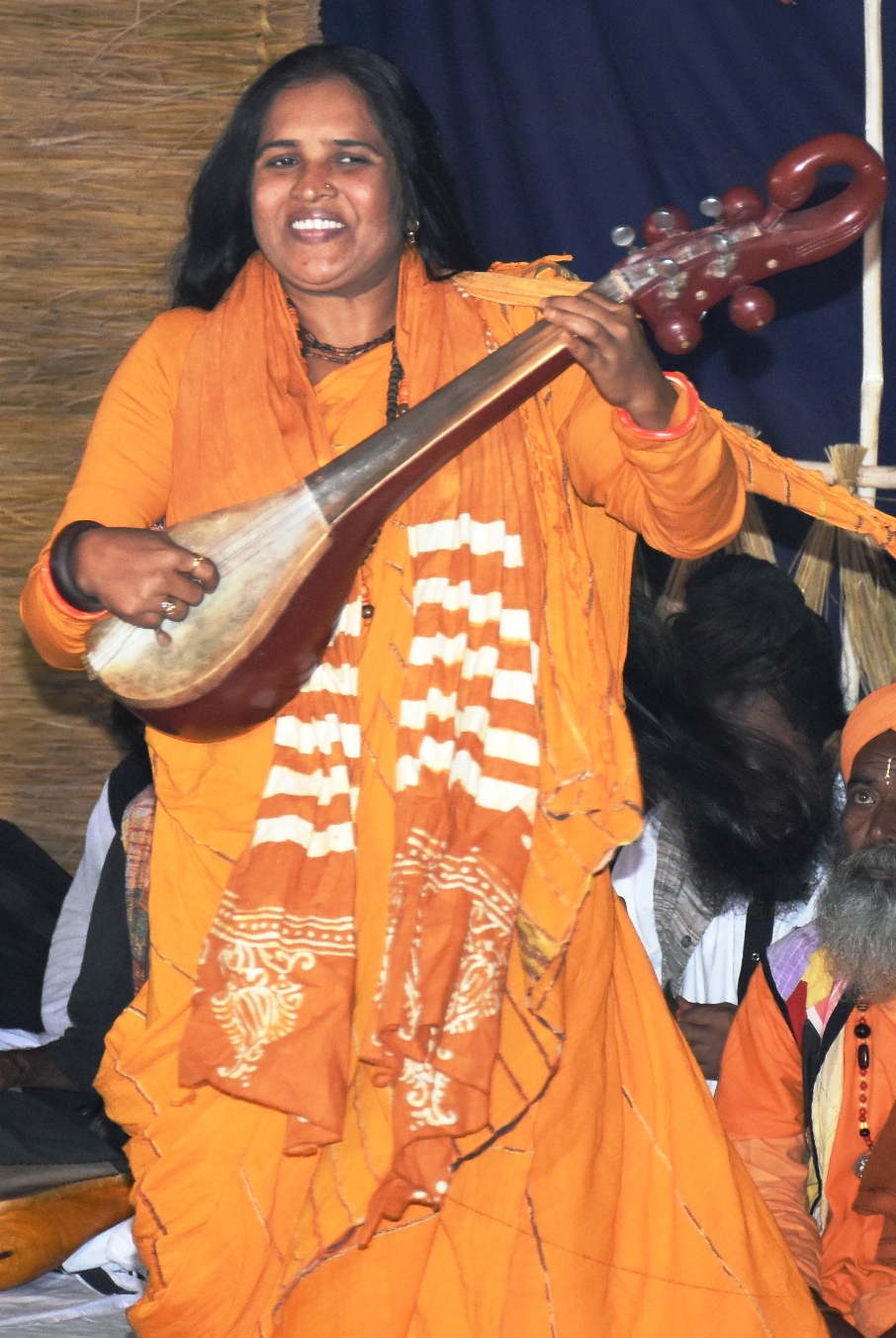