Subhadra Sharma is an eminent and established Baulani from Chapra, Nadia, West Bengal. She has performed in many countries including Bangladesh, Syria, France and Japan. 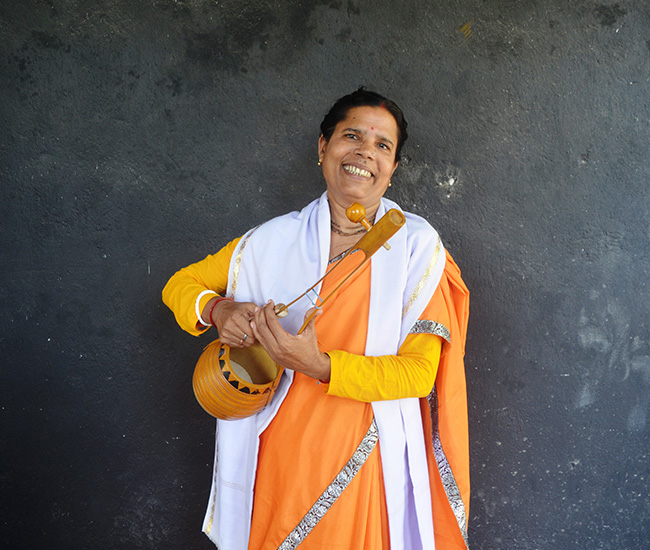 Subhadra Sharma is a Baulani or woman Baul from Chapra, Nadia, West Bengal. She is one of the most popular Bauls from this area. A compilation of her songs can be found in her album ‘Baulani-r Gaan’. She has performed in programs broadcasted by popular private television channels ETV Bangla and Tara Bangla and also in the government owned channel Doordarshan Bangla. She has also performed in the documentary ‘Sadhana’.
Subhadra Sharma has performed extensively in villages and cities both in India and beyond. Outside West Bengal, she has performed not only in Mumbai, Goa, Assam, Tripura and Andhra Pradesh, but in almost all the metro cities of India. She has also participated in multiple events and festivals abroad. She has performed in Bangladesh, Syria, France and Japan. She has led the Baul Fakiri team at the Damascus Festival of Spiritual & Religious Music, Syria in 2012 and Namaste India Festival in Japan in 2011. She also participated in the 2015 Gannat Festival in France.

Subhadra has led Baul Fakiri team at the Damascus Festival of Spiritual & Religious Music, Syria in 2012. The team also contained legendary Baul Fakiri musicians from Gorbhanga, Nadia, Khaibar Fakir et al. Bauls from Bengal had mesmerized the audience with their performance there.

Subhadra Sharma had participated in the 2015 Gannat Festival in France. It was the 42nd year of that international folk festival and was held between the 7th and the 26th of July, 2015. The audience was captivated by her performance.

Subhadra Sharma was a part of the 8-member delegation represented India at the 10th International Folklore Festival of Noyon in France, held from July 4 - 8, 2017. Two other Baul Fakiri musicians – Gopen Debnath and Girish Mondal – were also present in the delegation. Noyon is a commune 100 km north of Paris. The performances were held at nearby communes, such as Roye, Rethondes, Berlancourt, Ham and Clairoix. Team India performed at the inauguration ceremony on Jul 4 at the Noyon Cathedral. Thereafter they performed at Roye and Rethondes and around 3000 audience saw the shows. All the performances were highly appreciated by the audience. 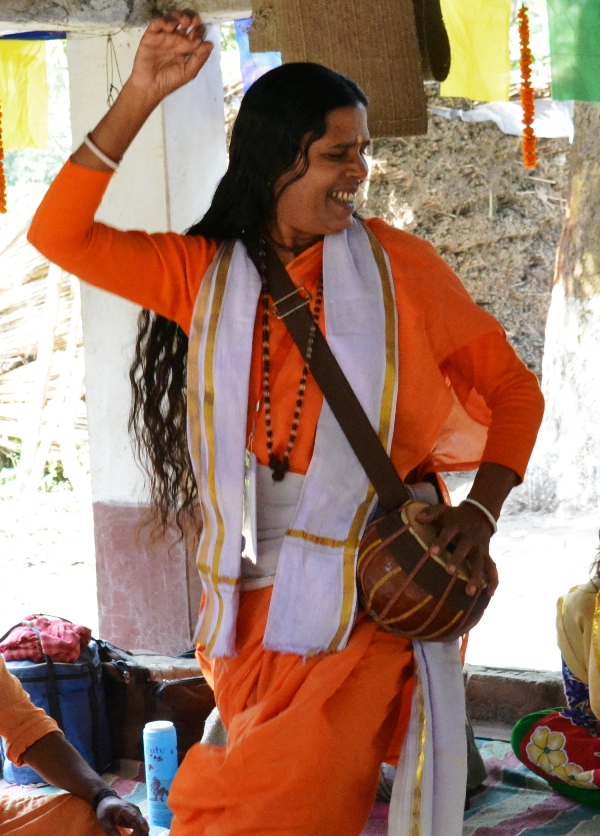 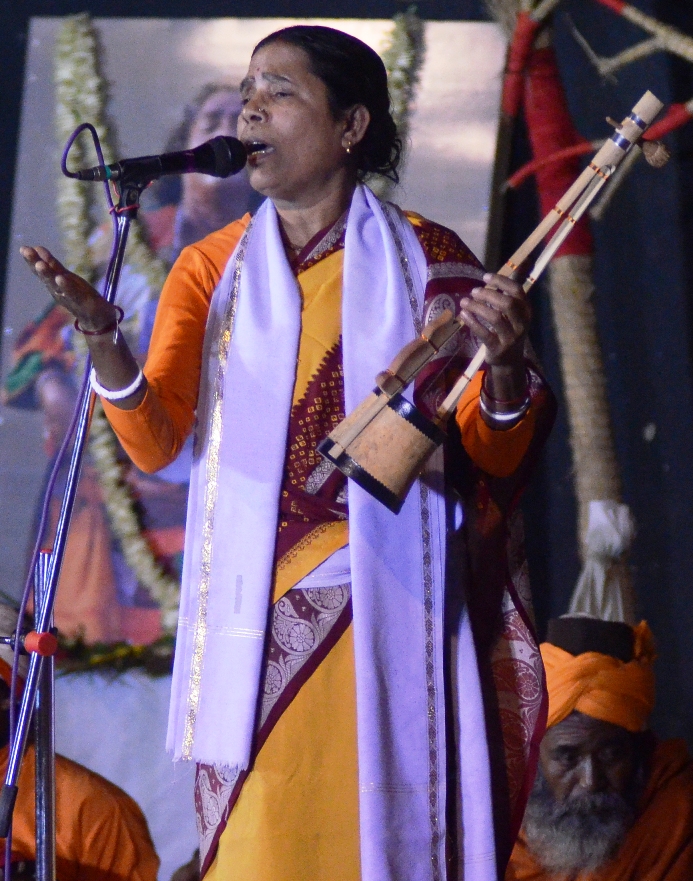