Kangal Khyapa, based at Joydeb Kenduli and son of legendary Baul singer Late Tarak Khyapa, is a rising star in Baul music. He is a fantastic Dotara player too and has already performed in Sweden, Hungary and UK. 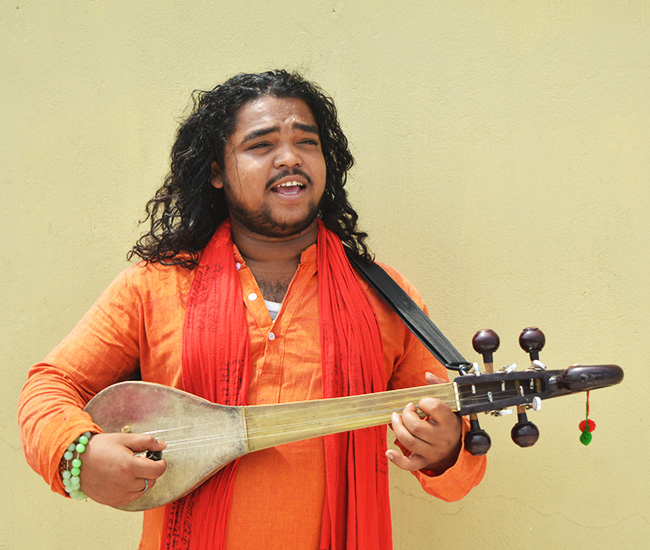 Tanmay Kumar Das alias Kangal Khyapa was born in Joydev-Kenduli in the Birbhum district in 1996. Joydev-Kenduli has a long tradition of Baul Fakiri and an annual Baul Mela is held there every winter since many years. He started singing and playing musical instruments since the age of 10. His teacher was his father, the legendary Baul Late Tarak Das. Other than being a singer, he is skilled at playing a multitude of musical instruments such as Ektara, Dotara, Khamak, Dugi, Tabla, Khol and Harmonium.
Kangal Khyapa has performed in multiple events, fairs and programs at village, district, city, national and international levels. At a national level, he has performed in Mumbai, Goa, Delhi, Pune, Bangalore, Tatanagar, Orissa, Bihar, UP. Internationally, he has performed in London, Sweden and Hungary. Here is a blog by curator of Center for Folklife and Cultural Heritage Betty Belanus on how Oral Traditions Shift to Digital: Bauls of West Bengal Face the Pandemic

Young artist Tanmoy Das (Kangal) had participated in the Urkult festival at Sweden, held in between the 1 - 3 August, 2019. He was a part of the Bengal ensemble which also had other Baul musicians – viz. his brother Tapan Kumar Das (Sadhu) and flautist Mohan Tanti. Led by urban folksingers Debalina Bhowmik and Dipannita Acharya, they had regaled the audience with folk and Baul based music from Bengal.

Kangal Khyapa had participated in the Urkult Festival, Sweden held between the 2 - 4 August, 2018. Even there, he was accompanied by Baul artists, viz., Sadhu and percussionist Khokan Das, along with urban folksinger Debalina Bhowmik. The team was led by urban folksinger Dipannita Acharya. The performance by the team was broadcast live by the Swedish national radio. 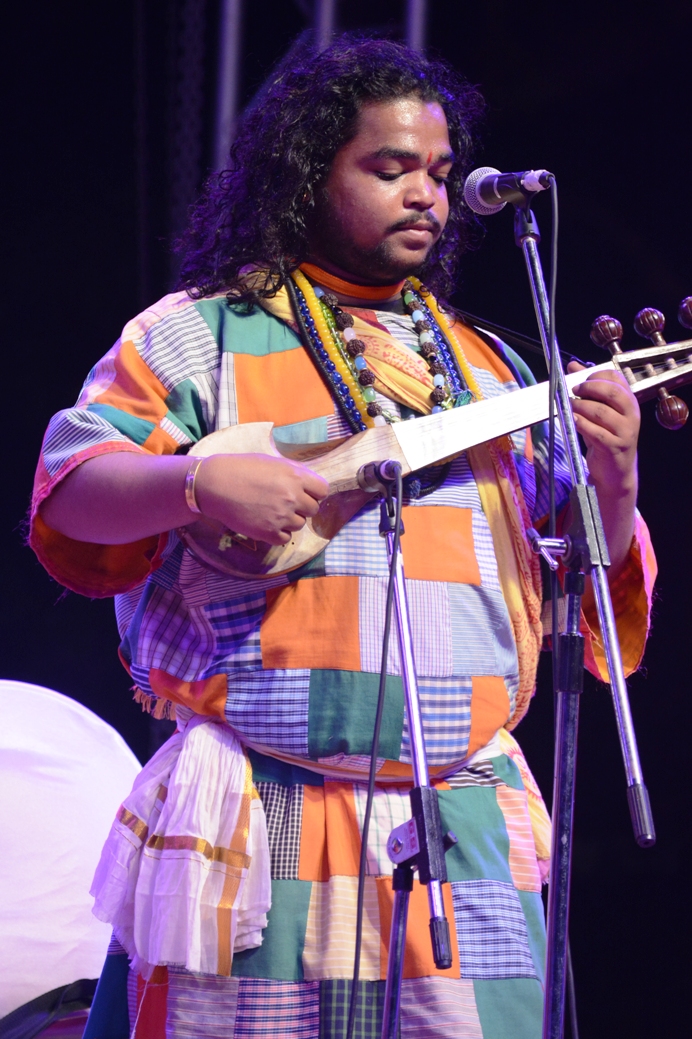 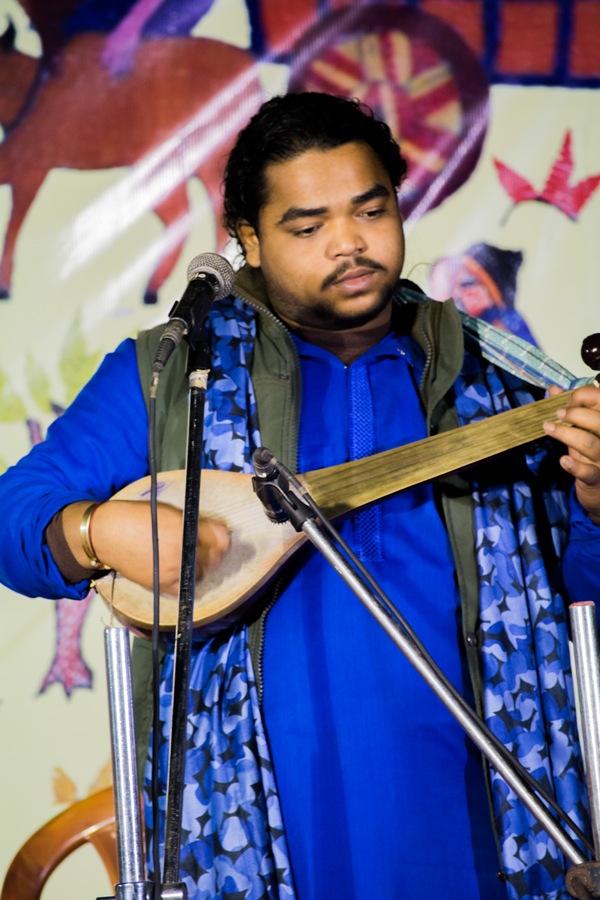 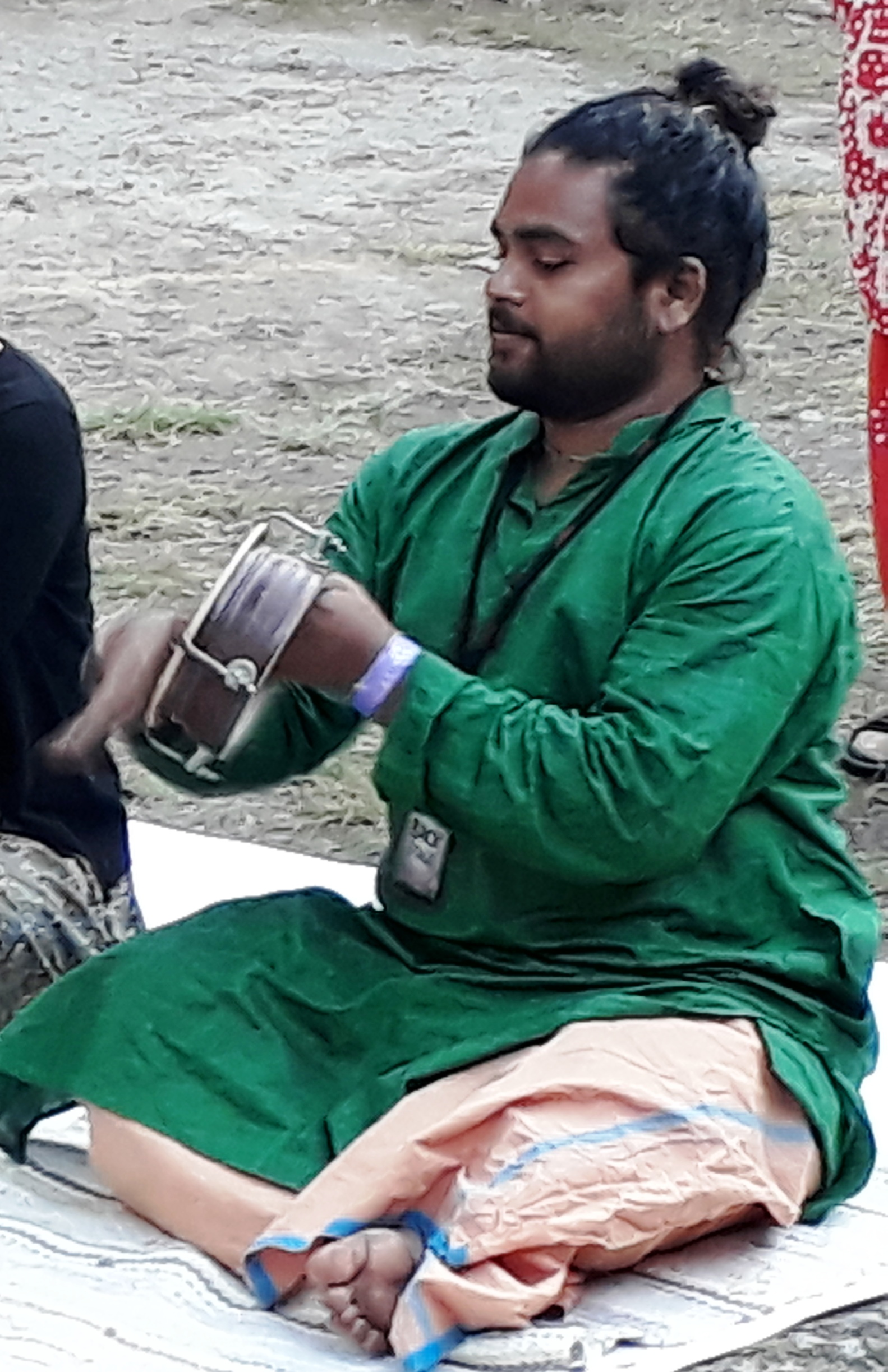