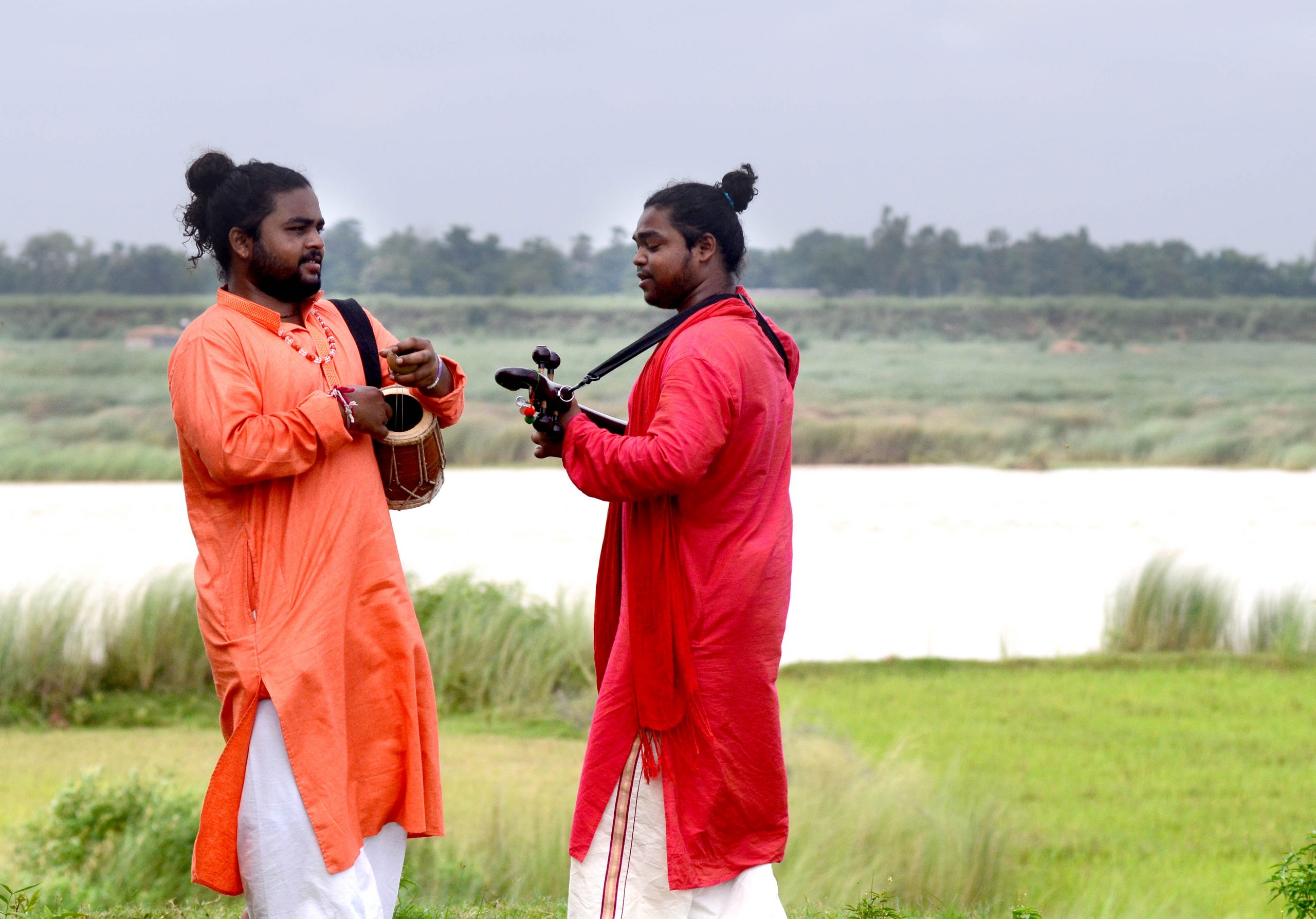 Melodies of songs used by Bauls are influenced by the melodies of diverse music genres popular in various regions. Baul practitioners can be seen across a vast geography of Bengal. There are multiple other traditions of folk music also prevalent across such geographies. Consequently, the influence of folk forms of music such as Jhumur, Bhatiyali and Kirtan can be seen distinctly in the Baul tradition of music. The melodies and tunes of the same song can also change from place to place – given that the Baul who is rendering a song is often bound to mould the song according to his own cultural learning.